P2-ANQ has undergone several washing and tidy ups during its life stuck on poles opposite Air Niugini's Head Office at Seven-Mile, Port Moresby. The last major restoration, before July 2007, was carried out by AIR NIUGINI Engineering Workshops in December 1986

In July 2007 it was lifted down and a complete refurbishment was carried out. Here are some of the initial pictures. I have heard of long flights but this one has been in the air longer than most planes and was in need of a new paint job. 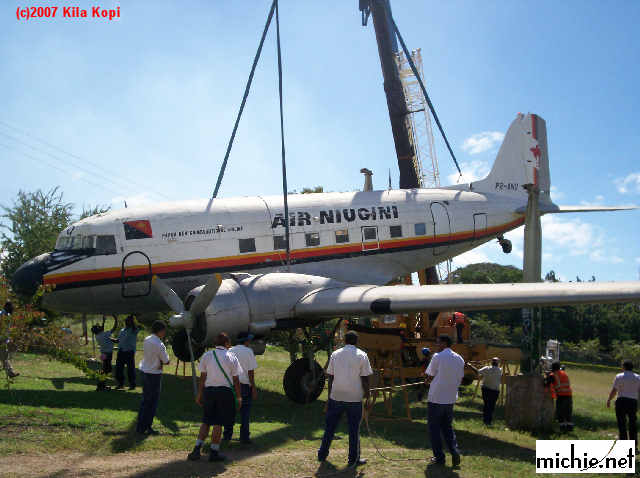 About to touchdown after many years in the air - Jackson's Airport, Port Moresby, Papua New Guinea 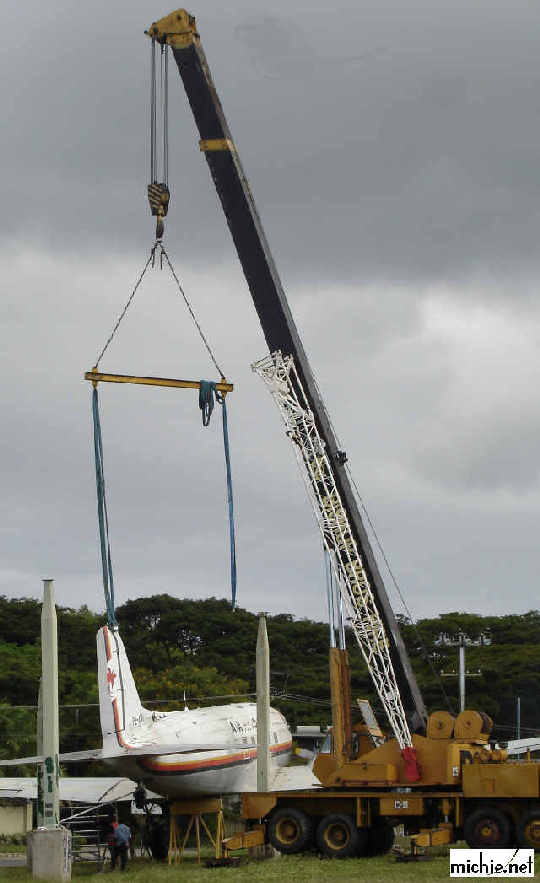 There are 4 commerative plaques mounted on the poles that hold the plane.