In 1999 I was picked to play in the Orogen cup which is a competition open to all under 11 soccer teams within Papua New Guinea. From this competition a PNG team was chosen to represent the country in Queensland, Australia. I was lucky enough to be picked to be in the training squad. After much training two teams were chosen. I was placed in the A team but there was very little difference in the ability of the two teams.

The teams travelled to Cairns, Australia for the matches and these are two photo's taken before we left Jackson's Airport. 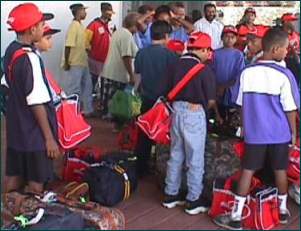 Waiting outside the airport for everyone 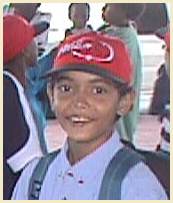 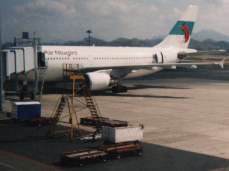