For my sixth birthday I did something a little bit different. I celebrated my birthday with my brother in Australia. My dad and I flew down on a Thursday flight from Port Moresby to Brisbane where we met up with our Auntie Mary from Manus. She helped us to get from the International airport at Brisbane to the Domestic terminal. Once at the Domestic terminal we had enough time to have a cup of coffee and a chat before hopping on a flight down to Melbourne. We arrived in Melbourne with plenty of time to spare but due to a baggage handlers strike we nearly missed our bus from Tullarmarine to Sunbury. We managed to make the bus with only a few minutes to spare. 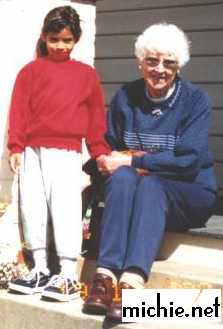 My grandmother and I taken outside my brother's house - in Melbourne 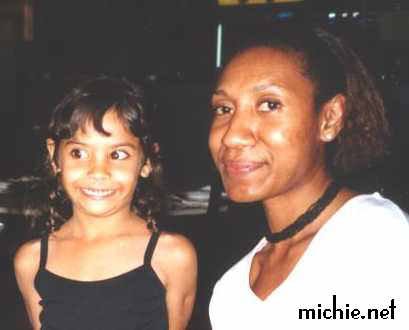