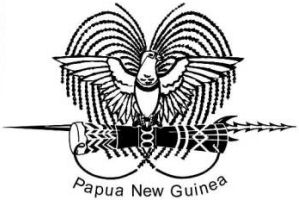 The National Emblem is described in the National Identity Ordinance as follows: - The Papua New Guinea National Emblem is a partially stylised representation of the wide-spread Bird of Paradise Gerrus paradisaea in display, head turned to its left, seated on the up-turned grip of a horizontal kundu drum with the drum-head to the right side of the bird, from behind which a horizontal ceremonial spear projects with the head to the left of the bird. 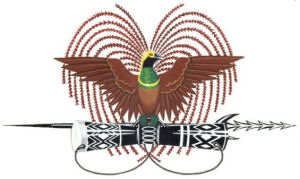 If coloured, the following colours should be used: -