The Bank of Papua New Guinea released a special 5 Kina banknote to commemorate 25 years of PNG currency (The Kina and toea) on the 19th of April, 2000 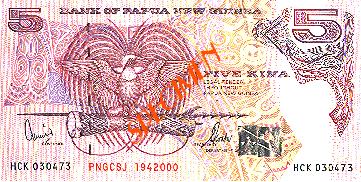 The banknote retains the features of the existing K5 note but has an overprint of the National Flag appearing in a silver filigree foil on the front right hand side of the note beside the signature of the Secretary, Department of Finance and Treasury. 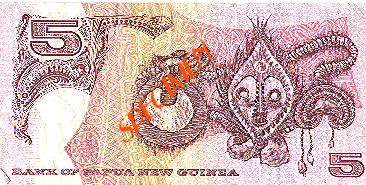 The Bank of Papua New Guinea released a special issue of the 5 Kina note for the year 2000. This banknote incorporates advanced security features to help protect against counterfeiting whilst still retaining many features from the old K5 note.

The note is printed by Note Printing Australia Limited 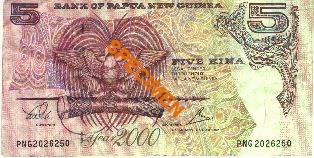