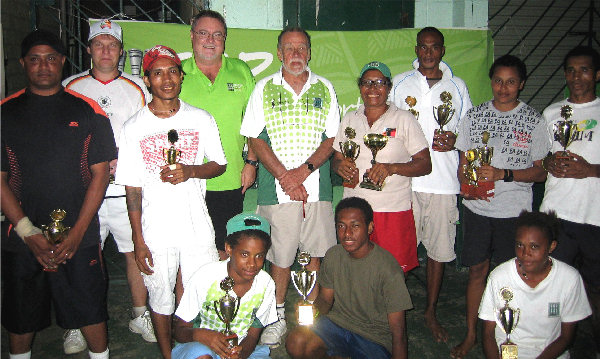 The winners and officials

David Gole, Secretary, Port Moresby Tennis Club, and Event Organiser, said that due to long matches and with some competitors participating in several events, the competition slowed on Sunday to the point that the Mixed Doubles Final has been deferred due to late completion of the Mens Singles. Some contestants ended up playing 3 or 4 matches on the day, each of 3 sets, one after the other !

David added that the overall strength of Mens Tennis has improved considerably. It has been good to see the renewed strength and depth of the Mens Team.

A number of highlights were noted throughout the weekend-long event. Hiram Malau, who was a young player at Bava Street some years ago, returned on a break from studies in Melbourne and gave a good display of Power Tennis with amazing pace and a very athletic performance. However, Lava Ivuyo, the top seed, eventually took Hiram out in the Singles.

Tawa Ivuyo now a resident of Lae, made it all the way to Port Moresby to compete, and performed very strongly. Vera Tere, veteran Womens Player, played really well taking the Womens Singles, and also the Womens Doubles with Omega Ivuyo. Vera is quite likely to win the Mixed Doubles event playing with Michael Foo.

Dulcie Kaiulo performed well in the Singles, Womens and Mixed Doubles. Tim Kriebisch and daughters, Annabelle and Venessa, are new players to the BSP PNG Open Championships and performed well. Tim won the Mens Singles against Lavu Ivuyo who was runner-up having been forced to withdraw after the first closely fought set. Leg cramp, after so much play was the problem, forcing Lavu to retire.

Eddie Mera showed consistency and strength by winning against more experienced players, and winning the Mens Plate. Matina Asimba won a hard-fought match against Karen Kaiulo for the Womens Plate.

David Gole said that other strong performances were given by Ian Kailo, and also by Michael Foo, who always plays well.

The Trophies were presented by Peter Dixon, General Manager BSP Corporate & International. Peter gave encouragement to the younger players present and took the opportunity to thank those responsible in the PNG Tennis Association for their valued efforts and involvement in organising and making the BSP Regional Tennis Programme for Schools such a resounding success.

BSP would like to extend special thanks to David Gole, Event Organiser for the BSP PNG Tennis Open Championships, and for the much valued input that David has provided to assist us in our media coverage. 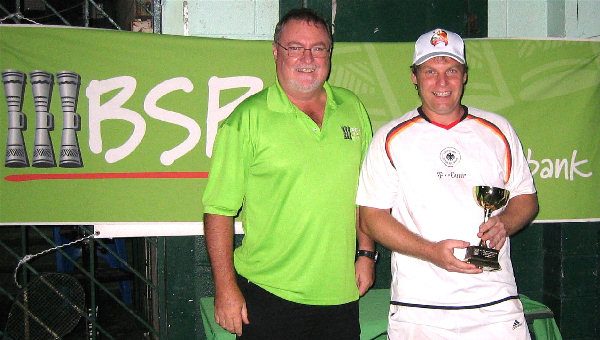 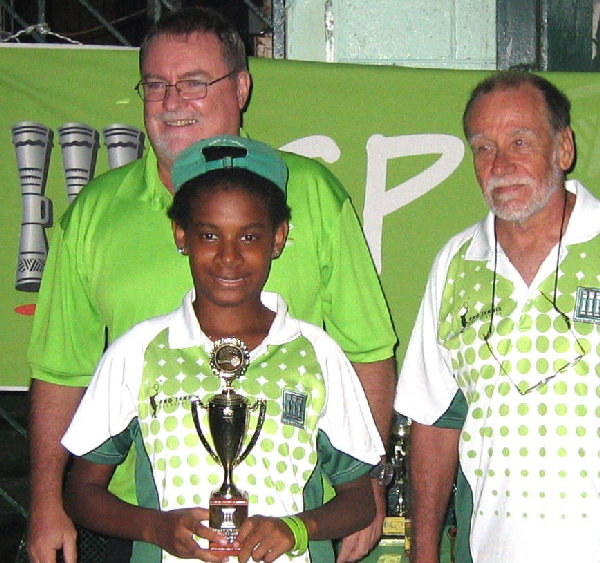 Matina with her trophy 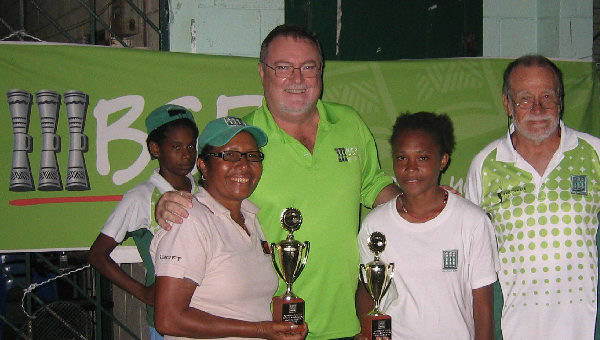 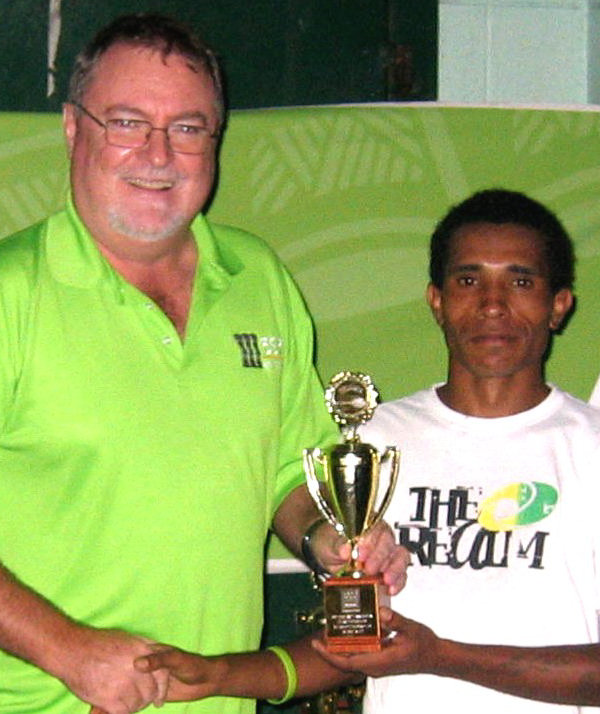 Thanks to BSP and Ad Effects Limited P O Box 643, Boroko, National Capital District for the press release and photographs.