The closer we came to Wamira, the more we could see of the majestic red roofed Anglican Cathedral of St Peters and St Paul sitting on the plateau at Dogura. The Cathedral was represented on the 21 toea Papua New Guinea postage stamp.

The church was built by the early missionaries and consecrated in 1939. The Church is built on what used to be an old traditional fighting ground for the people of the area. The Cathedral stood untouched by warfare throughout the Second World War. I believe that at the time it was built, it was the largest building in Papua New Guinea and clearly visible for miles around. The Cathedral is 170 feet long and 50 feet wide which makes it 10 feet longer than St Andrew's Cathedral in Sydney, Australia. 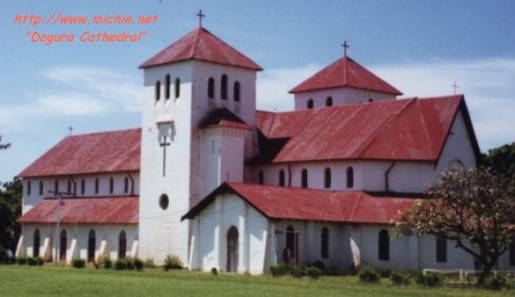 Once we arrived at Wamira we were greeted by all of my in-laws and of course treated like royalty. It was a sad occasion for me because I was finally able to pay my last respects at the graveside of my father-in-law (Father Gerald Simulai Maibani) who had died earlier. It was also a happy occasion because I was able to catch up with my mother-in-law.

One of the benefits of visiting the section (hamlet) of Wamira we did was that the European Union (EU) had recently finished a water project making it easier for us to have a shower or a wash. 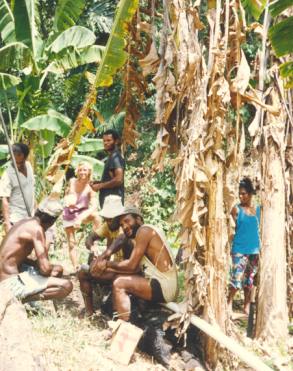 The water is collected in the mountains and stored in large tanks for reticulation via a pipe system to various communal taps in the village. The previous times I had stayed in the village I had to walk many kilometres to obtain fresh water from natural springs. Being a visitor other people carried all sorts of containers full of water back to the village for my own consumption.