The Wamiran people have had an irrigation system for many years which allows water to soak into their vegetables gardens. In fact, history states that these people had an aqueduct system to distribute water several kilometres long well before the first Anglican Missionary landed at Kaieta over 100 years ago.

After a couple of days seeing the sights around Wamira such as Kaieta, the Anglican cathedral at Dogura and the Holy Name High School we were off again for our trip to the Wedau airport, oops that should be airstrip. The biggest plane to land there is a Twin Otter (Dash 6) aircraft and this is what we waited for.

I believe that the airstrip has now been closed due to lack of money for maintenance.


What took us two and a half days to walk took us a mere ten minutes to fly all the way back to Gurney airport. People in Papua New Guinea hop on planes like people in other countries hop on a bus or a train to get to work. During the time my wife was doing her research in Milne Bay she would jump on a plane in the morning to do some shopping and then hop on the plane again to come home in the night. 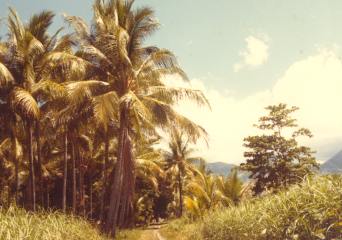 If you want to see Papua New Guinea, as it truly is, then I suggest very strongly that you get far away from the main towns and do some walking. It is a wonderful way to meet the people and see the scenery. It is advisable, however, to seek information from the locals as they probably have walked the very same track as you as a matter of course in their daily lives to get from one village to the next. I can imagine that they would think we were silly just walking for the sake of walking. 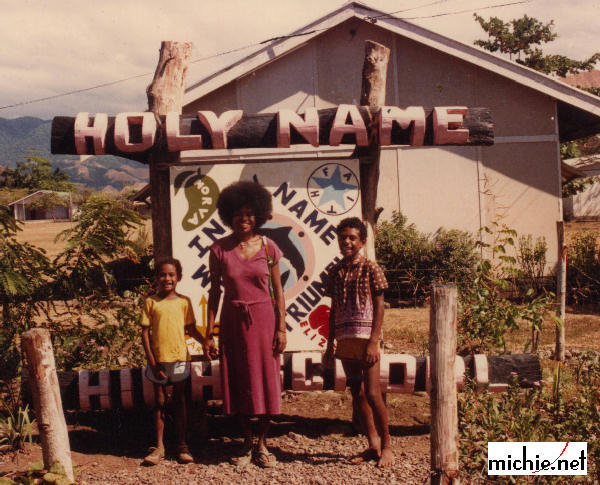 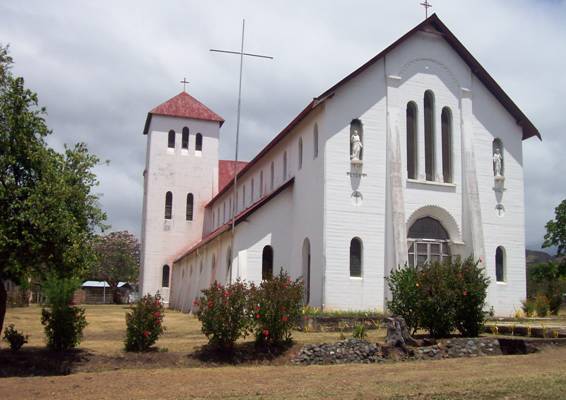 Another view of the Cathedral at Dogura