Added 22 Sepetember 2002
I have added a page with some info on Car Detailing which was prepeared ages ago but due to my hectic lifestyle and university commitments I haven't been able to place on the site until now.


On the 9th of March I rushed home from school and met up with my dad who had flown down from Port Moresby and we went to Tullamarine Airport to travel to Brisbane.

We checked in for a 4 o'clock flight and because we were on standby we waited. The time came for the flight and we did not get on however our bags managed to make that particular flight. More on that later. We also missed the next flight as due to some accident on one off the feeder roads to the airport many people who missed previous earlier flights turned up for that flight and the previous one. We managed to eventually get away on the 6 o'clock flight.

About 30 minutes out of Brisbane the pilot announced that the airport was closed but should be reopening soon so we had to do what ended up to be 40 minutes of circling around the Brisbane Airport. We eventually landed only to have to sit on the tarmac for another 40 minutes as there were no available slots at the gates for our plane to park. We were allocated one and every one cheered when that plane pushed back only to be groaning a few minutes latter when due to cargo loading problems that plane has to go back and repack the cargo holds. Eventually after 40 minutes on the ground we made it to the terminal.

Brisbane had been closed due to a tropical deluge. To make matters worse the runway lights had failed so the two planes before us had been diverted to the Gold Coast airport at Coolangatta and of course our bags which went on the earlier plane were not even in Brisbane. That plane was coming in in about an hours time so we went and checked into a Motel for the night. We had planned to drive some of the way to the town where I was heading but those plans were changed whilst waiting for the lost luggage.

Whilst waiting for the bags we rung the friend (Christina) we were going to visit at Armidale in New South Wales and she informed us that another friend (Miku) was in Brisbane. She had flown down from Cairns but due to the inclement weather could not fly any further that night. My dad rang her mobile phone and we found out she was only about 100 metres from where we were so we met up with her and as she had just booked a flight back to Cairns we persuaded her to travel with us in the car to Armidale instead the next day. 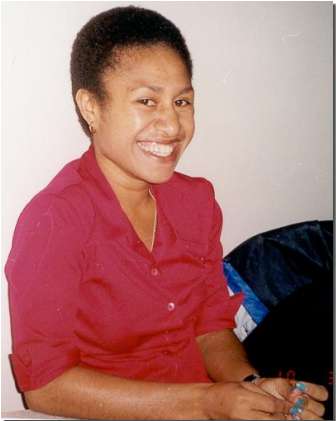 Luckily we had a hire car so after checking in and a little rest we went back to the airport only to find that although the plane had come in the bags weer not the there the ground handling staff had no idea where the bags weer so after finding out that the first plane up from Melbourne was at 7 am in the morning we went and looked for some food. Alas, due to the massive storm, most of Brisbane had closed down early for the night or is it just that Brisbane closed down early anyway on a Friday night?

10th of March - My Birthday! Christina had her birthday on the 9th.
At 6am the next morning my dad rang the lost baggage area but the bag hadn't turned up so we then had a quick bite to eat before heading out to the airport for another look after the first flight up from Melbourne.. This time it was more promising they had tracked the bag to the Coolangatta airport and luckily that we were early we were able to tell them to keep it there as we were going to be driving that way in an hour or so. Well we didn't really have to go that way but it wasn't going to be too far out of our way to head in that direction. In fact if we had gone the previous night we were going to be travelling that way as although it is slightly longer it is more a touristy area and more accommodation would've been available along the way.

Anyway we headed off for the other airport in South East Queensland with half its runway in New South Wales and eventually we were reunited with the long lost bag. We then headed down the coast road on our way to Armidale. Unfortunately there were many detours along the road. Whole towns were flooded and some had even been evacuated. The three of us had also forgotting to add an extra hour to our watches to allow for daylight saving time in News South Wales so we only just made it with 15 minutes to spare before the appointed starting time for the Formal ball that we were going to attend. As with most functions it didn't get underway until much later so all was okay.

11th of March
The trip back to Brisbane was fairly uneventful with many places washed away but the main deluge had drained away and all went fairly smoothly. We dropped Miku off at the airport in time to catch her flight back to Cairns that night and for work the next day. We checked into the Motel where we had been two night previously. The next morning my dad dropped me off at the domestic airport and I was able to catch a plane at the same time as my dad was able to catch his plane back to Port Moresby. In fact he was able to see my plane taxi out just before his plane did from the International airport.

Overall I had a great trip all over the course of a weekend.

Added 9 January, 2001
I have been back in PNG for a few weeks and now I am heading down to the village. I have stocked up on anti-malarial tablets and hope that I don't end up in hospital like I did last year.