To get to my village you have to fly from Gurney Airport (Alotau) for about 10 - 15 minutes in a north westerly direction from Alotau.  Flying is the best way to get there, as there are some breath taking views along the flight, oh, and by the way, the plane is not a 777 or a 747, but a little Twin Otter (Dehavalind Dash 6).  The planes are restricted to light aircraft as the air-strip (Wedau) is only about 600 to 700 metres long.  If you are really mad then you can walk from Alotau but that takes about three days or so.

This airstrip is called Wedau.

Once there you will see that the airstrip is built below a plateau, on this plateau is where the first Anglican missionaries to Papua New Guinea built there mission station called Dogura.  At Dogura you will see a big maroon and white cathedral called St. Peters & St. Pauls.

It takes only about 45 minutes to an hour walking time from the Wedau Airstrip to reach my village in Wamira - Kobara hamlet. 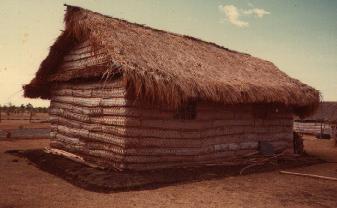 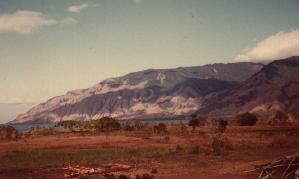